Aspirin or Nitric Oxide – Which is Better for Reducing the Risk of Blood Clots?

This article on Aspirin or Nitric Oxide was originally posted to my old NO More Heart Disease blog on September 17, 2009.  I’m restoring some of my old posts because the information back then is still of great value today.  Here’s the original post regarding this issue of Aspirin or Nitric Oxide – Which is Better for Reducing the Risk for Blood Clots?

On Monday, August 31, 2009 Yahoo Health had an article entitled “Daily aspirin may do more harm than good: study” in which researchers found that: 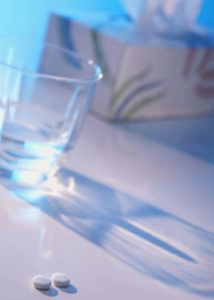 “. . . the risks of bleeding from taking aspirin were such that its routine use in healthy people ‘cannot be supported’ – although they did not dispute its use in patients with a history of vascular problems.”

The title of the study was Aspirin for Asymptomatic Atherosclerosis and was funded, in part, by the British Heart Foundation. The lead researcher was Professor Gerry Fowkes from the Wolfson Unit for Prevention of Peripheral Vascular Disease in Edinburgh, Scotland. It involved 3,350 men and women aged 50 to 75 years old who had low ankle brachial indexes but no symptoms of heart disease or history of heart attack. Study subjects were given either a daily 100 mg dose of aspirin or a placebo and evaluated over an eight year period. The results were that there was no significant difference between the two groups in the number of heart attacks, strokes and other cardiovascular events suffered. However, major bleeding that required hospitalization occurred in 2.0% of the aspirin group but only 1.2% in the placebo group.

This study was presented at the European Society of Cardiology Congress in Barcelona and if you click here you can view the trial summary. (Editor Note: The original link is no longer maintained.) According to Professor Peter Weissberg, medical director of the British Heart Foundation:

“We know that patients with symptoms of artery disease, such as angina, heart attack or stroke, can reduce their risk of further problems by taking a small dose of aspirin each day. The findings of this study agree with our current advice that people who do not have symptomatic or diagnosed artery or heart disease should not take aspirin, because the risks of bleeding may outweigh the benefits.”

Part of the rational for this study was the conflicting data regarding the use of aspirin for the primary prevention of cardiovascular events. For example, in the Physician’s Health Study low-dose aspirin reduced the risk of a first myocardial infarction by 44% when compared with a placebo. But, in the Women’s Health Study there was no significant difference in major cardiovascular events other than strokes.

What Does Nitric Oxide Have to Do Blood Clots?

The endothelial cells line all of your cardiovascular system. One of their functions is to produce a molecule called Nitric Oxide (NO) which is critical in the proper control of blood pressure. NO also inhibits platelet adhesion, activation, secretion and aggregation, as well as promoting platelet disaggregation. This is extremely important in preventing blood clots in the vascular system that can lead to heart attacks and strokes. It is also a critical factor in sickle cell anemia to help prevent red blood cells from changing, adhering to each other and clinging to the vascular walls. This helps to prevent blockages which cause most of the pain and tissue damage associated with sickle cell anemia.

Even though your body uses NO to prevent blood clotting, it’s interesting to note that the endothelial cells are also necessary for blood to clot. They synthesize the vitally important molecule called Factor VIII or von Willibrand’s Factor which is essential for blood clotting. Without this molecule a person could bleed to death from a simple scratch.

A Final Consideration About Aspirin or Nitric Oxide!

Aspirin is a drug and it has the potential for other side effects besides the risk of bleeding. Some of the most common side effects are stomach pain, heart burn, nausea and vomiting. Aspirin is one of the leading causes of gastrointestinal tract complications which include micro-bleeding and ulcers.

If a person wants to reduce their risk for blood clotting then the proper repair of and support for the endothelial cells is vitally important. Clinical studies have shown that a well designed L-arginine/Nitric Oxide protocol can repair the endothelial cells. This allows them the perform one of their primary functions which is to keep the blood flowing without the danger of blot clotting.

Together we can work to save a million lives!