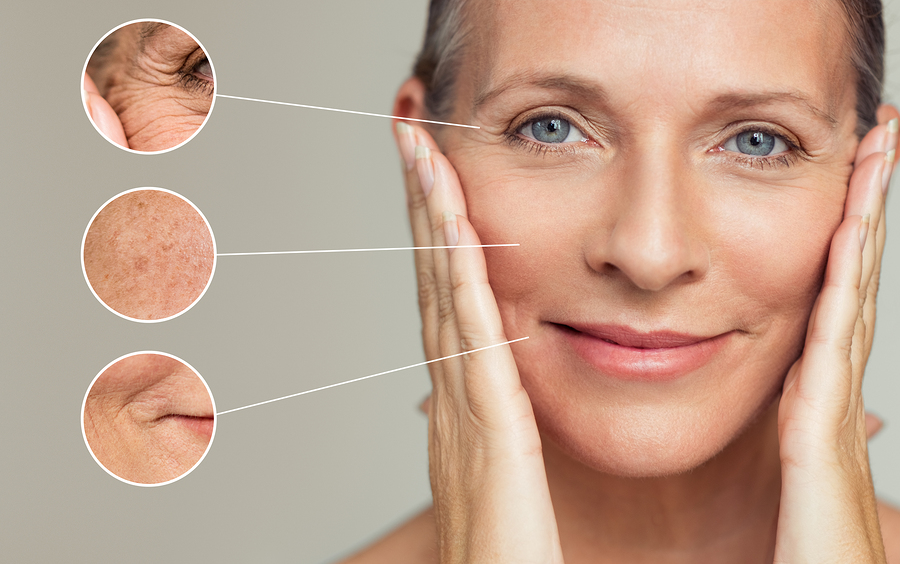 New research is showing that CoQ10 benefits your skin. In one of my previous articles about CoQ10 I showed how this critical molecule helps with:

Now I want to help you understand how CoQ10 benefits your skin. It all centers on what is called the mitochondrial theory of aging.

CoQ10 and Mitochondrial Theory of Aging

Within every cell are mitochondria. Mitochondria are the batteries or power generators. They convert the stored energy of the nutrients you consume into an energy form that your cells can use to perform their function.

This energy source is called adenosine triphosphate or ATP.

As we age our mitochondria are damaged. The three main causes are oxidative stress, toxins, and inflections. This damage then reduces the energy production of the mitochondria.

Our mitochondria become less efficient in processing our food resulting in less ATP. This results in less energy for the cell to carry out its normal functions. And here is where CoQ10 can help.

CoQ10 is a critical component in the process of converting stored energy in our food into energy compounds our cells can use to do the work they’re designed to do. Without CoQ10 your cellular energy systems will fail and your cells will not function properly.

Additionally, CoQ10 is a powerful antioxidant to help protect your cells and cell membranes from harmful free radicals. This protects your cells from oxidative stress that causes inflammation, which then contributes to cellular dysfunction and most diseases.

Multiple studies have shown how adequate supplies of CoQ10 can help heal our mitochondria and improve their function.

As the mitochondria of your skin lose their ability to create the needed ATP, cell maintenance and repair begin to suffer. Visually this results in wrinkled and sagging skin.

German scientists published a study showing how CoQ10 benefits your skin. They took skin biopsies from various age groups and kept them alive in a cell culture medium. They then tested for mitochondrial function. Specifically, they tested for oxygen consumption and ATP production.

They then supplemented these skin biopsies with either a control solution or CoQ10. Both oxygen consumption and ATP production were again measured to see if there was any impact.

First, they were able to observe that mitochondrial activity deceased at a rate of approximately 10% per decade.

Second, they were able to demonstrate that CoQ10 had a significant influence on energy production. The skin biopsies that were supplemented with CoQ10 had a 30% increase in oxygen consumption.

This means that if the first observation is true, then CoQ10 helped to improve mitochondrial activity by 30 years or 3 decades.

To test this hypothesis that CoQ10 benefits your skin, the researchers at the Institute of Cosmetics in Ljubljana, Slovenia recruited 33 women aged 45 – 60 for their study. Initially all participants were measured for skin thickness, hydration, elasticity, and wrinkles. Then they were randomly assigned to one of three groups:

At the end of 12 weeks each participant was again evaluated and compared to their baseline measurements. The researchers found the following:

Multiple studies have shown the power of CoQ10 to improve mitochondrial function. This molecule improves the function of what is called the electron transport chain. Similar to a power line, CoQ10 helps to transfer electrons from your food-derived molecules to ATP molecules.

The ATP molecules then provide the needed energy for most of your cellular functions.

Oxygen is necessary for this energy production. However, this process produces what are called free radicals. As I’ve shared in other articles, free radicals are unstable molecules because they’re missing an electron in their outer orbit.

This means that supplementing with a good CoQ10 product has the potential to improve your energy production and protect your cell membranes from free radical damage.

And your skin benefits from this improved mitochondrial function.

If you’re interested in supplementing with an excellent CoQ10 product, then I would recommend Super Ubiquinol CoQ10 with Enhanced Mitochondrial Support™ from LifeExtension.