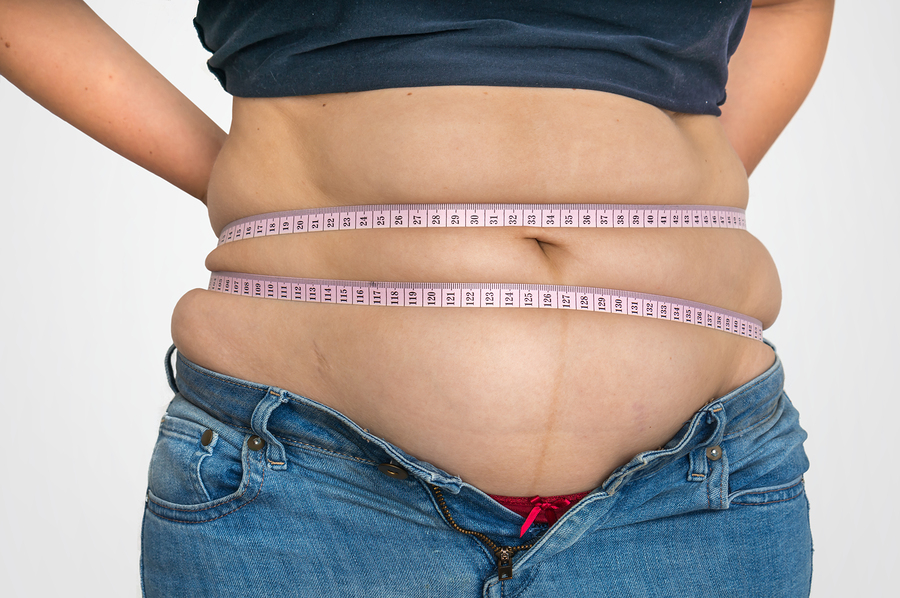 Several new research studies now clearly show the dangers of belly fat. Belly fat is not the same as the subcutaneous fat that pads our thighs, buttocks, and upper arms. While this fat might be less than pleasant to look it, it doesn’t present any health issues.

But belly fat is different. Sometimes called visceral fat, this is the fat that accumulates beneath the abdominal wall and around your abdominal organs. It is metabolically active. And it acts like an endocrine organ secreting hormones and other chemicals that are now clearly linked to a wide range of health issues.

One such “hormone” is retinol-binding protein 4 or RBP4, which contributes to insulin resistance that can lead to Type 2 diabetes and coronary heart disease. Belly fat also secretes these harmful substances:

Adiponectin – Which slows the metabolization of lipids and glucose.

Interleukin 6 – Which is associated with inflammation of arteries and heart attacks.

All contributing to a series of health issues called Metabolic Syndrome.

Currently, the adult obesity rate in America now exceeds 35% in seven states, 30% in 29 states, and 25% in 48 states. When you add overweight statistics to the mix, approximately 67% of America is now overweight or obese.

This means that for every 100 people you meet today, almost 70 of them will be either overweight or obese.

And if you want to know if you are a candidate for the dangers of belly fat, then get out a soft tape to measure your girth. The easiest way to measure this is find your belly button and take your measurement.

Take for example the Million Women Study from Britain. This study was done over a 20 year period and showed a direct link between increased belly fat and coronary heart disease. It was double for women with the largest waists. And there was a 10 percent increased risk for every two additional inches of belly fat.

In a South Korean study of postmenopausal women who accumulated belly fat, there was almost a 50% increased risk of colorectal cancer.

This increased risk for cancer was also demonstrated in a study out of India. They looked at 3,000 premenopausal and postmenopausal women and found that if the waist was as big as the hips, then the risk of getting breast cancer was 3 to 4 times greater.

Then there is the Kaiser Permanente of Northern California study of 6,583 people over a 36 year period. They found that those with the greatest amount of belly fat in midlife were almost three times more likely to develop some form of dementia 30 years later.

Finally, there is the study of 350,000 European men and women that found those with the largest waist had almost a 50% increased risk of dying prematurely.

To understand that belly fat posses a significant risk to your overall health.

And once you acknowledge the risk, you can then begin to work on lower your risk. Because now you have a valid goal to reduce your risk and improve your health.