Recent research has shown a direct link between atherosclerosis and osteoporosis.  Much of it centers on Vitamin D 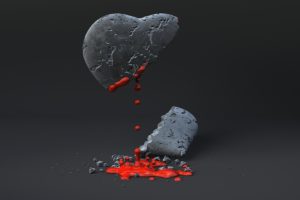 and Vitamin K2 deficiencies and how they affect your endothelial cells.

Now before we examine this link between atherosclerosis and osteoporosis let’s first understand what these words mean.

Here is a medical fact that few physicians know, and even fewer in the general population have ever heard about.  As you age your endothelial cells, which line all of your cardiovascular system, can turn into bone cells.  They are known as osteoblasts, which normally regulate bone formation.

To date the precise biological mechanisms behind the transformation of endothelial cells into osteoblasts, or bone-forming cells, is not fully understood.  What is understood is the key role Vitamins D3 and K2 play in ensuring that calcium is properly used in bone formation while at the same time preventing the pathological calcification of your arteries.

According to the American Heart Association, arteriosclerosis and atherosclerosis account for

nearly 75% of all deaths from heart disease! To have a significant impact on reducing the number one killer of people worldwide, it would make sense to focus on treatment programs that address these two issues.

As I gathered data for this article many of the websites I looked at made the following comment – “The exact cause of arteriosclerosis is not known.”

This author would like to disagree with this statement.

“NO – as it is known by chemists – is produced by the body specifically to help keep arteries and veins free of the plaque that causes stroke and to maintain normal blood pressure by relaxing the arteries, thereby regulating the rate of blood flow and preventing coronaries. Nitric oxide is the body’s natural cardiovascular wonder drug.”

If you look closely at Dr. Ignarro’s statement you will notice the following significant phrase: “. . . specifically to help keep arteries and veins free of the plaque that causes stroke. . .” Plaque formation is at the heart of atherosclerosis. Calcification of these plaque formations lead to arteriosclerosis.

END_OF_DOCUMENT_TOKEN_TO_BE_REPLACED

There is a lot of confusion between arteriosclerosis and atherosclerosis but one thing is certain, combined 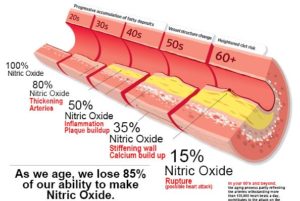 they account for nearly 75% of all deaths from heart disease!

Here are the sobering facts:

END_OF_DOCUMENT_TOKEN_TO_BE_REPLACED

The nitric oxide cholesterol connection can have a significant impact on your overall cardiovascular health. Nitric Oxide is the master signaling molecule of the cardiovascular system and plays a critical role in blood

pressure and other cardiovascular functions. Cholesterol is the “glue” that holds your body together. Sometimes this “glue” and more specifically LDL or low-density lipoproteins can accumulate on the arteriole walls causing damage to the endothelial cells which leads to the cardiovascular disease called atherosclerosis. (For a clear understanding of cholesterol please see my post Cholesterol Good and Bad?)

While there are several natural and pharmaceutical treatments available to help reduce cholesterol levels, the most popular method today is the use of statin drugs. While statin drugs can positively affect cholesterol levels to reduce your risk for atherosclerosis they can also increase your risk for other wellness issues like muscle pain, muscle weakness, loss of memory and cognitive function, and a potential link to increased congestive heart failure. It’s this increased risk for several very significant health concerns that have some doctors moving away from statin drugs.