The controversy over artificial sweeteners and weight gain has been brewing for a long time. The 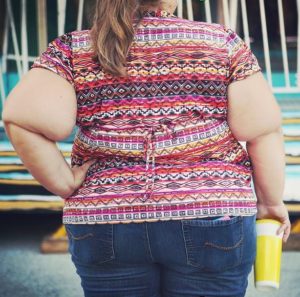 manufacturers claim that there is no association. However, recent information from the scientific community is showing that artificial sweeteners and weight gain is real.

And with the ongoing research in the world of the micriobiome, especially your gut microbiome, this association is revealing a cause and effect on how artificial sweeteners and weight gain occurs.

This is especially important since overweight and obesity issues continue to increase. Over 60 percent of the adult American population are now either overweight or obese.

So let’s look at the scientific information to help you make a decision to avoid the use of artificial sweeteners.

When combined these studies followed more than 400,000 people over a 10 year period.

Of the 37 studies, seven were randomized controlled trials.

The outcome was that artificial sweeteners did not help people lose weight. Instead these studies showed a direct link to the following health issues:

The following study provides additional insight into this issue of artificial sweeteners and weight gain.

The Endocrine Society recently released a study done at George Washington University. This study looked at how artificial sweeteners have an effect on the body’s metabolism and can lead to excessive fat accumulation.

According to Dr. Sabyasachi Sen, who led the study, “there is increasing scientific evidence that these sweeteners promote metabolic dysfunction.”

In this study the low-calorie sweetener sucralose was used with stem cells taken from human fat cells. These cells were given 0.2 millimolars of sucralose per day over a 12 day period. This is the equivalent of 4 cans of diet soda per day.

The result was an increased expression of genes that produce fat and inflammation. The researchers also saw an increased accumulation of fat droplets in the cells.

From this information the researchers tested a small sampling of eight adults. All consumed low-calorie sweeteners like sucralose and aspartame. Four of these subject were obese and four had a healthy weight.

Dr. Sen found evidence of metabolic dysregulation, which causes the cells to produce more fat. According to Dr. Sen, “We believe that low-calorie sweeteners promote additional fat formation by allowing more glucose to enter the cells, and promotes inflammation, which may be more detrimental in obese individuals.”

In doing online research for this article I came across information from Dr. Mercola as it regards artificial sweeteners and cancer. As I was reading I came across the following, which is taken directly from his article:

“If the potential cancer finding isn’t enough to sway you away from this toxic artificial sweetener, be aware that Splenda may wreak havoc on your gut bacteria, which could have an untold number of consequences on your health.

An animal study published in the Journal of Toxicology and Environmental Health, for instance, found that Splenda reduces the amount of beneficial bacteria in rat intestines by 50 percent while also increasing the pH level.

It also affected a glycoprotein that may affect the way certain drugs are metabolized by the body.4 The researchers explained:

These changes occurred at Splenda dosages that contained sucralose at 1.1 to 11 mg/kg (the U.S. FDA Acceptable Daily Intake for sucralose is 5 mg/kg).

Evidence indicates that a 12-wk administration of Splenda exerted numerous adverse effects, including (1) reduction in beneficial fecal microflora, (2) increased fecal pH, and (3) enhanced expression levels of P-gp, CYP3A4, and CYP2D1, which are known to limit the bioavailability of orally administered drugs.’”

So what does this all mean?

Studies in the area of the microbiome and weight management clearly show that two classifications of bacteria have a major impact on a person’s weight. They are:

Foods consumed that cause firmicutes to dominate your gut microbiome lead to weight gain and inflammation. The information from the research presented by Dr. Marcola clearly indicates the gut microbiome was significantly influenced by artificial sweeteners allowing two keys items to occur:

As the growing body of scientific research continues to explore the world of the microbiome, it’s becoming clear that what you eat and drink has a significant effect on your short and long term health.

Foods and ingredients that improve your gut microbiome improve your health and reduce your risk for lifestyle health issues like overweight, obesity, diabetes, and heart rated concerns.

And ingredients like artificial sweeteners have a negative effect on your gut microbiome, which increases your potential for weight gain and health related issues.

This means that “Zero Calories” sodas and products are not “ZERO EFFECTS” on your body.