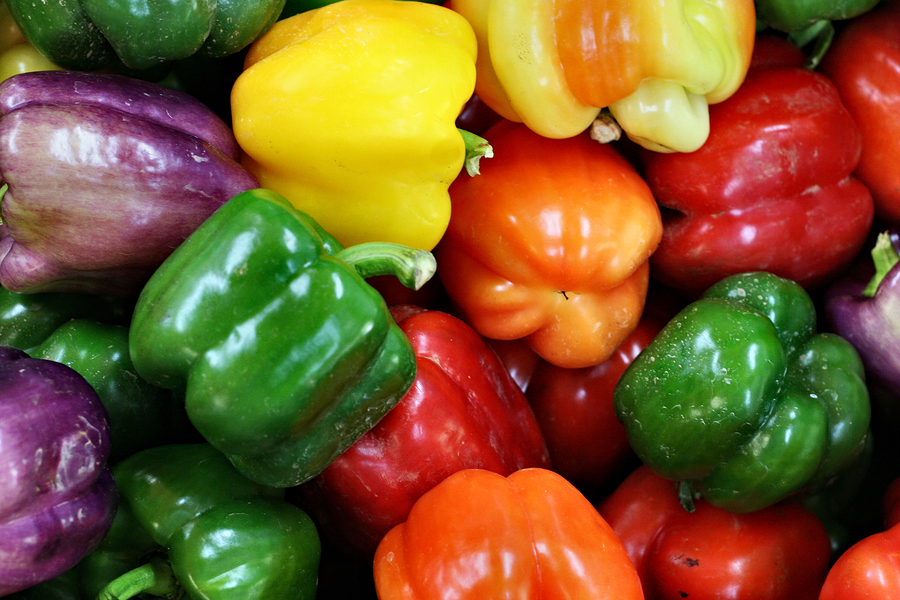 Yes, I labeled the bell pepper a fruit.

Most think of it as a vegetable but in reality it is a fruit. In fact, one of the health benefits of bell peppers is that they contain twice the amount of vitamin C found in an average orange. Which brings us to its first health benefit.

As I’ve shared in other articles, inflammation is the root cause of almost all diseases. And eating foods that help protect you from inflammation is a key factor in preventing all types of diseases.

Vitamin C is a key nutrient in helping to prevent inflammation. In a study published in the American Journal of Nutrition they showed that men who consumed a diet that had a higher intake of vitamin C had lower levels of C-reactive protein. C-reactive protein is an inflammatory marker. The greater your levels of this marker, the greater the level of inflammation in your vascular system.

Inflammation of the vascular system leads to plaque formation, which leads to atherosclerosis. This then leads to an increased risk for strokes and heart attacks.

One of the other benefits of vitamin C is that it’s a plasminogen activator. This is a protein that your body naturally produces to dissolve clots inside the arteries.

This means that vitamin C does double duty in both protecting you from inflammation but also helping to protect you from unwanted blood clots.

And as I stated earlier, bell peppers contain twice the amount of vitamin C found in the average orange.

It is estimated by the World Health Organization that 80% of all cancers are tied to food and lifestyle choices. The health benefits of bell peppers are tied to key nutritional components. Here’s a list of the nutritional facts for one cup of this fruit:

There are several studies that show how key nutrients in bells peppers also posses strong anti-cancer benefits. Especially as it applies to prostate, breast, and lung cancer.

Two of these nutrients are lycopene and vitamin E. In a Dutch study done on mice with human prostate cancer, those that were feed both lycopene and vitamin E experienced a 73% reduction on tumor growth. It’s important to note that when these two nutrients were give separately there was no effect of tumor size. This means that it is the synergistic combination of these two nutrients that are key to the potential health benefits of bell peppers.

As it applies to lung cancer, there is a French study of 519,000 people that showed a strong correlation between vitamin B6 and lung cancer risk. For those with the highest plasma levels of vitamin B6 there was a 56% reduction in the risk for lung cancer.

Contained in bell peppers are quercetin and luteolin. In a Japanese study of ten flavonoids, they found that luteolin ranked first and quercetin ranked fourth in their ability to inhibit LDL oxidation.

Folate is also a key ingredient in reducing the risk for heart attacks. In the Kuopio Ischemic Heart Disease Risk Factor Study of 1,980 men, they found that those with the highest folate intake were 55% less likely to have a heart attack when compared to those with minimal intake of this nutrient.

Especially when you factor in the antioxidants vitamin E and cryptoxanthin, which are both found in bell peppers. In a Finland study of 4,000 people those that had a diet rich in vitamin E had a 31% decreased risk for type 2 diabetes. And for those whose diet was rich in cryptoxanthin at was a 42% lower risk for this disease.

There are two key carotenoids that have been associated with protection from cataracts and age-related macular degeneration. They are lutein and zeaxanthin. Both of these nutrients are found in bell pepper.

The British Journal of Nutrition published a study of 1,600 men and women. This study showed that those who had a higher intake of both lutein and zeaxanthin had a lower risk for cataracts.

And in a study done at the University of Sydney, when these two dietary nutrients were combined there was a 65% reduction in age-related macular degeneration.

Conclusion for the Health Benefits of Bell Peppers

Bell peppers are a key food that can be added to your food plate. They come in several colors from green to red to orange. They contain a power combination of vitamins, carotenoids, antioxidants, and fiber that can be a power tool in reducing your risk for cancer, cardiovascular disease, diabetes, and inflammation. As well as helping to protect your eyes.